Every Friday I feature my favorite Facebook post(s). Since I don’t publish crap you might want to stay tuned and check in regularly on Fridays to find out what’s new, nuts, funny, things that make you say, “OMG!” Some things I just can’t keep to myself and my Facebook buds so here we go!

Click here to find my BC Facebook fan page. My goal is to rule the world! You can help by clicking the “Like” button. Isn’t that easy? Whew!I am a HUGE Star Trek: The Original Series fan. How huge, you ask? When we were kids, I used to sit on my brother until he let me watch Star Trek instead of whatever he wanted to watch, i.e., Brady Bunch, Flintstones, whatever. I also begged my mother to go to a convention when I was 9 years old. She refused. Today she attends Star Trek conventions and I have yet to attend one. Go figure. 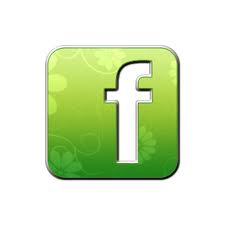 The second and third are absolutely hilarious. A play on the TV show “Sh*t my father says,” that stars William Shatner (smell a theme yet?), “Sh*t Apple Fanatics say” is bang on. Besides, Shatner reminds me, at times, of my father. Regardless, I’ve actually said a few of those things, which was a real eye opener. I never considered myself a Apple fanatic but when you consider I waited more than 20 years before finally owning my first Mac in 2007 and finally, completely cleansing my home last year of anything that runs DOS and Windows, I guess I’m a little smitten with Apple Computer.

I actually like Part 2 better than Part 1. Just sayin’.