This is the final part of a three-part series on my own battle with suicide.
Today marks the seventh anniversary of my husband’s funeral and my cousin’s suicide. I’ve learned the reason for suicide began long before my first attempt. As it turns out, this also is true for my cousin.
Part 1: Spiritual Bankruptcy
Part 2: The second attempt
Breaking on through to the other side
I would have been discharged sooner had I simply told my doctor where my massive stash of medication was hiding. While holed up I boasted I would simply go home after discharge and this time do it right. I wouldn’t call or e-mail anyone. I finally relented at the end of three weeks and confessed where they were. I was discharged 36 hours later.
Over the next few months I engaged in intensive outpatient psychiatric programs. I had the hardest time getting out of bed to get there by 9:30 a.m. I wanted to sleep my life away and they knew it. My therapist stepped up our visits to three times, i.e., seven hours a week.
Less than a year later my husband succumbed to his cancer and I was alone.
My cousin’s successful attempt
Andre’s body was discovered the Monday after my husband’s funeral. It was bad enough I felt as if I’d been kicked in the stomach and doubled over in pain. When I heard about my cousin’s death it was as if someone kneed me in the face forcing me to pop back up.
As it turned out, my cousin had attempted before. No one bothered to tell me. Judgmental relatives were double checking why I didn’t go to his funeral in southern California.
It was simple: I couldn’t leave my kids. On the other hand, I couldn’t subject them to yet another funeral. For crying out loud my kids just lost their father. My babies were my primary concern.
Nevertheless, I couldn’t understand why my cousin would want to do something like that even though several months earlier I attempted the same thing. I thought I was the only lunatic in the family. My relatives certainly made feel that way. I thought I was an anomaly. Obviously, I wasn’t the only one writhing in so much pain that the only way out was suicide.
In fact, it was widely known that a great uncle thought his plight so impossible to overcome that he sat in his car along railroad tracks and waited for an approaching train to do for him what he couldn’t do for himself. He was a husband and father. He saw no way out. Like me, he didn’t care about his wife or children. That was my father’s side of the family. My cousin was my mother’s side.
He had been depressed for quite some time, according to his mother. He contracted AIDS when he was under in California Youth Authority, aka, prison for kids. In order for him to survive, he had to pick a gang and don a tattoo. Of course, there were no professional tattoo artists in prison. That meant tools used to fashion his “tat” were crude and not sterilized properly. Andre admitted this is how he contracted the AIDS virus. 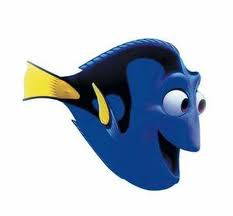 I recall very clearly when he was hospitalized years before his death. He was having very serious memory problems. Apparently, he had gone missing and wound up at UCLA medical center. I called him a few times and when I told him who I was, he said I sounded familiar. After about 15 minutes of conversation, though, memory of who I was and shared memories started to return.
The family spin was something about him getting into contact with bird dung that carried some serious brain virus affecting memory. I’m sure this was a lie to cover up the AIDS diagnosis, symptoms because my uncle was likely ashamed, embarrassed.
According to his mother, his memory problem was growing worse. Often he would feel lost; sometimes experience amnesia as he did in the hospital; and be unable to stay on task at work. He knew it would only get worse. Rather than burden the family, he decided to resolve the problem himself.
After he died, I found out it wasn’t the first time he’d attempted suicide. I was furious no one told me. Granted, I was dealing with the inevitable death of my husband but he is family too!
I loved Andre. I would have reached out and made a connection that no one else could have made because I had attempted suicide before. I understood as perhaps few others could but wasn’t give the chance to connect. It’s possible he still would be alive today had we made that connection.
Regardless, it became abundantly clear that my family is stuck in a very destructive, dysfunctional cycle. The rabbit hole went deeper that I ever could have imagined. Everything has the potential for shame so no one talks about it or if they do, they lie and cover up.
Suicide kills loved ones left behind
His death sounded an alarm but everyone hit the snooze button. No one knows how to deal with their pain.
Everyone is questioning themselves wondering what they could have done to prevent this. Everyone is denying any role they may have played.
No one is seeking outside help because, apparently, everyone is FINE: Effing Insane Neurotic Emotional behind closed doors.
Life goes on
What I didn’t realize was how alone I really was. Familial relationships weren’t what I thought they were so my therapist redoubled his efforts to keep me on this side of a psych hold. I was still suicidal so much so that when I saw the doctor who determined whether I was eligible for disability, he approved my status and agreed I was disabled. No appeal required. According to my therapist and other clinicians, that kind of approval was rare.
It took hard work, perseverance and an amazing father figure and friend in my therapist. He was reparenting someone who needed to know what a healthy relationship was like. After a while I was beginning to grow stronger. I was journaling and sharing entries in therapy. I was learning healthy boundaries.
I fought for my life because of my kids. They kept me alive. While my family was needlessly desperate to tear me to shreds in court my therapist was right beside me all the way. Never before had anyone stood up for me. I was starting to believe I was worth saving. Perhaps my life was worth living.
My kids reminded me daily how much they loved me and I reciprocated freely. I didn’t remember anything like this growing up. My heart was truly beating because I could receive and give unconditional love. It was this unconditional love that has sown our hearts together. We are stronger as a family today than ever before. We are a three-cord rope: We are strong.

To anyone contemplating suicide today …

The best revenge: a life lived well
People are willing and able to help. Will you let them? If trust is an issue, I totally understand. The peace we need comes from trust. We have to start somewhere. Start with medical professionals trained to deal with our hurts, agonies, pains and terrors.
From there learn how to cultivate healthy relationships with a therapist or psychiatrist. Stick with it for at least three years. It took a long time to get to this point of desperation so it will take a long time to unravel the pain and deal with it honestly, therapeutically.
My prayer is you will pick up the 100-ton phone and either call 911, or the National Suicide Prevention Lifeline at 1-800-273-TALK (8255). This is a 24/7 free and confidential suicide hotline and nationwide network of crisis centers. If dysfunction reigns supreme in your family, don’t call your relatives. CALL A PROFESSIONAL and get the help YOU DESERVE.
Remember: I didn’t think I was worth saving. After a few years, I’m starting to see that I am worth it. Our life has meaning whether you see it or feel it or not. The role of psychiatric professionals is to help you find and see your worth. You have value.
It’s written on and within your heart. Let someone help you unlock the secret to joyful living and abundant life. Live long enough to tell your story and save someone else because when you do, it is at that moment that you realize you have crossed over into abundant, joyful living. Don’t let life beat you up. Fight back. Take your life back and live it as God intended.
Please remember …

God created you for a purpose. Live long enough to realize it.

To relatives and friends …
Yes, call 911 if an attempt has been made, discussed or both. However, arm yourself with the facts and visit suicidepreventionlifeline.org. Do not sacrifice your life for the sake of someone else. Jesus did that on a cross nearly 2,000 years ago. Let go and let God handle this. He can handle it.
Step way back and let chips fall where they may. You are not savior of the world. When you go into savior mode you are getting in God’s way. Stop it. Let professionals handle this one. Don’t make the mistake my uncle did with his son.
My cousin attempted suicide once before but told no one. I only wish someone would have told me then I could have talked him out of it or at least given him an ear that would hear nonjudgmentally. The family stole that opportunity from me.
ABOUT BORICUA CONFIDENTIAL©™