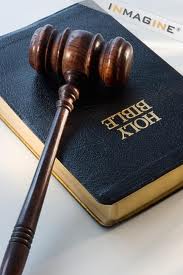 Courtroom antics: March 5, 2008
I ran across a journal entry the day after my first court date where I defended myself against my daughter’s grandparents, which included my own parents. I had forgotten this for the most part but as I re-read the entry, one thing was clear: I saw my parents in a completely different light.

I was taken aback by my very primal fear of my father and my mother’s pathetic emotional attack.

After we met with the judge …
“A kid … in trouble again.” That’s how I felt after I said, “no” to my father’s request to speak with me after court proceedings had ended. I lowered my head in shame and bewilderment, and stayed behind my lawyer and a friend who shielded me from his attempts to insist I speak and listen to what he had to say. 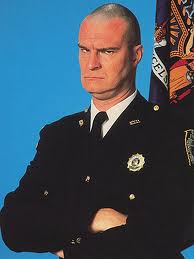 My father pushed my lawyer and I, so my lawyer immediately yelled  for the bailiff to have him arrested for assault. I couldn’t believe how easy it was for her to make that call. I, on the other have zero backbone because when it comes to my father. I retreat to my all-too-familiar submissive position of taking it then forgetting about it. She inevitably decided not to press charges.The thing is if you’re his child, you don’t dare do something like deny his requests. You never tell him, “No,” mean it and continue walking away from him. That was an instant death sentence growing up. I was waiting to hear the sound of my father removing his belt to beat me into submission for insubordination. 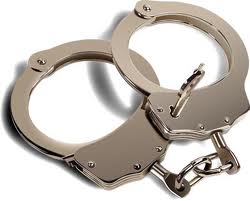 I couldn’t journal about yesterday’s events because I was so hurt, embarrassed, shocked, dumbfounded. I just wish this would all go away. So I picked up my “The Courage to Heal” book and found a very interesting paragraph:

As a victim the thing I’ve been trained to fear most is confrontation. I’m beginning to grasp why we need to confront our abusers and those who fail to protect us. I need to confront my nameless fear, my fear of standing up for myself and for those I love most. Yet here is a situation where I have a chance to experience growth and healing, and I’m still hiding my head, wishing the problem would magically disappear. … As with all growth, the rewards exceed the challenge.–“The Courage to Heal,” by Ellen Bass and Laura Davis, New updated Third Edition, Harper Collins, 1994, pg. 290.

Before we met with the judge
But in that coming day, no weapon turned against you will succeed. And everyone who tells liesin court will be brought to justice. These benefits are enjoyed by the servants of the LORD; their vindication will come from me. I, the LORD, have spoken!–Isaiah 54:17 NLT 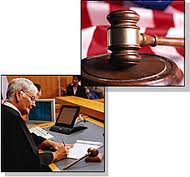 The dynamic was interesting. My mother-in-law gave me a dirty look as if I was satan incarnate while my father-in-law simply ignored me. Mom and Dad avoided looking at me altogether. It was actually amusing to watch since I already knew the outcome.

I come out smelling like a rose. Because she is constitutionally incapable of telling the truth without guile she likely has placed herself in a status that excludes her from any future jury invites. She tried to manipulate the court investigator before court went into session but according to my lawyer she merely “frosted” him some more. He was not happy with my mother.

But it was my day in court and God showed up in my corner in a magnificent, undeniable way. Not only did the court investigator catch Mom in a blatant lie (I also confirmed this with my daughter), but he snuffed out her motives.
The court investigator read her like a book. He said my mother expects the probate department to act as her “personal” CPS unit and conduct a “personal” guardianship investigation with an eye toward removing said child from their natural parent. He further said his department wasn’t in the business of taking children based on allegations yet to be substantiated. He questioned her “truthfulness.” OUCH Hallelujah! He concluded that even mediation was a waste of time so he couldn’t recommend it. I felt like saying, “How ya’ like me now, Mom?”
Finally, for the first time ever, an officer of the court backed me up by simply keeping the focus on my daughter’s best interests and telling the truth. Congratulations Mom. You just got caught in a lie during a court investigation, which now is a matter of public record forever publicly displayed upon request. How sad for you.
What hurt even more than my father’s clear inability to respect and/or honor boundaries was what my mother said and how she said it: “Poooooooooor you. Poooooooooor Lisa.” She said it with every sarcastic bone in her body. How can someone who professes to love anyone say such a thing much less to her daughter who already has lost a husband to cancer and a daughter to mental illness? While she may be unaware of the latter she is obviously unable to comprehend the former.
Wisdom and revelation
“I am not crazy,” is what I said to my lawyer and girlfriend after we got to the coffee shop across the street though I was terrified all day. I felt as I did after my father cussed out Edd about two months before he died. I was afraid my father would show up with either his shotgun or glock and finish the job of ridding the family of me, the troublemaker. I nearly called my lawyer today to bring up the need for a restraining order against my parents but I’ll have to wait for my therapist to write his letter citing why this is a necessary tool for my family’s protection.
The problem here is so damn clear to me now: neither side of the family knows how to communicate and resolve conflict either effectively or honestly. What my parents did yesterday made it easy for me to believe I grew up in an alcoholic home and sexual abuse, among other abuses – verbal, emotional, physical – were indeed present.

I, like my mother, am a huge CSI fan. I wouldn’t be surprised if she wasn’t plotting some way to murder me. My mother is cold, calculating and conniving. She also has a flair for the dramatic and is forever the victim not the victimizer.

I didn’t understand why this was happening to me so I reread the chapter on Stella, Virginia Wolf’s oldest half-sister and was reminded my mother is treating me from a Victorian point of view. Clearly she hasn’t a clue what she’s doing and its implications.

Back to the future
What I know today, in 2012, is that their lawyer withdrew from the case, according to my attorney who spoke with her after the fact. The grandparents wanted to continue the fight against me but none of the grandparents understood my mother was facing possible perjury charges for lying to an officer of the court, not to mention they now had an uphill battle with a gaping hole in their boat.

Finally, the judge ordered us to meet with a family counselor to discuss this entire situation. My lawyer and I knew they would never go for it since they don’t believe in psychiatry, therapists or psychotropic medication. My father’s wife who is a lawyer, filed for dismissal and it was one for the win column for me and my God.