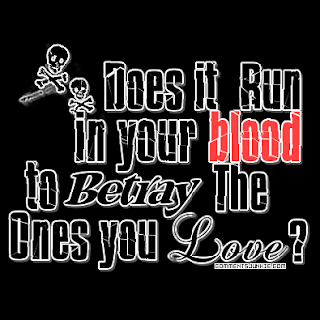 I’m gonna tell
I’m gonna tell what happened to me. With all the news embroiled in the Penn State pedophile scandal with Coach Sandusky and the belt beating of a 16-year-old daughter by her father who also is a Texas judge I sensed it’s time to tell the truth.

My father sexually abused me most of my young life. My mother knew about it and chose to do nothing.

Let’s start with the memory that sealed my new reality. I lived with my parents in Co-Op city located in the Bronx, New York when I was about age 6 to 7. My maternal grandmother had recently purchased a condo, i.e., a three bedroom and at least one bathroom. We were in the process of preparing to move to California and my parents, most likely, didn’t want to renew the lease on their apartment.

My brother was about age 3.5- to 4.5-years-old. We slept in bunk beds. Sleeping next to us in the same room was my aunt Diana who was about age 14. Across the hall was Grandma’s room while across the main entryway was my parent’s room next to one of the bathrooms.

The first strange memory was of someone taking a photo of me while I was going to the bathroom. Thinking that through, there was a photo of me on the potty, pajamas and panties at my ankles as my feet dangled.

Another was of a man I felt comfortable with who carried me out to the living room to play “silent” games. I was brought out with a blanket so I remember feeling warm and happy to feel so special.

He always chose to play with me and I was so glad he chose me. I did complain about the timing, that I was tired. It was late and he had to wake me up. I had to go to school the next day. I didn’t like sleeping at school.

As if watching a black and white movie I see a little girl atop a man carefully being bounced up and down. Sometimes it hurts, sometimes it tickles. I remember being reminded to be quiet so as not to awaken anyone. If anyone comes by, pretend I’m asleep and he’ll take care of the rest.

Giving this scenario more thought several years after this memory was recalled, it hit me like a ton of bricks: My father was the only man who lived with us during our stay. I confirmed this with my aunt Diana.

How can I deny that fact? You mean it’s true? No way. My father loves me. I love my Dad. He’s the one parent I actually get along with and can talk to.

But the question that comes immediately to mind is, “Where was my mom while all this was going on?”

I do, however, remember my mother constantly reminding me how abusive my father was with me on the softball field. My father was the manager of the San Jose Hawks, a PAL major league girls softball team. He was hardest on me, his daughter. I didn’t quite play like Hank Aaron or Pete Rose so I was a disappointment.
My father had one hell of a temper. I don’t understand why all the fuss about that girl in Texas who was beaten with her father’s belt. My father did that to me and my brother all the time, i.e., at least twice a week. To this day, whenever I hear a belt being taken off from their pants, I flinch.
My father had no problems beating me with his belt, backhanding me against a wall or yelling at me in public including at softball practice or games.
But there’s so much more to tell. I can’t tell it all in one sitting so stay tuned. This is going to be a VERY long series.
I hope this helps other survivors.