31 Days of God-related attitude
When I graduated from San Jose State University, I was the first in my family to garner a bachelor’s degree. My parents went to college but never completed their degrees because back then it wasn’t necessary to get a good job. These days if you want to be an executive secretary in Silicon Valley employers are requiring bachelor’s degrees.

When my father was laid off in the 90s, I encouraged him to go back to school and finish what he started. He had only one semester to finish. He didn’t and was never able to recover financially because employers required bachelor’s degrees at minimum and he didn’t have one. It was ridiculous because he had more than enough experience to qualify for any position he applied for.
Qualifying for jobs in my field of expertise is very straight forward simply because I have a bachelor’s degree. I don’t have to sweat that hurdle. It is so satisfying and totally worth the blood, sweat and tears it took to finish what I started.

My kids expect to get college degrees
My daughter, challenges and all, is currently enrolled in community college and well on her way to a rewarding education. She has discovered how much she loves to learn. It’s as if someone turned on a light and she is excelling academically. Her goal is a bachelor’s degree from a Christian university. It may take longer than normal but that’s okay. She has an excellent academic goal and I want her to reach it.

My son and I have been talking about a college education since he started middle school. Consequently, he fully expects to get to the university of his choice right out of high school. I made it clear that middle school is the place to make mistakes and cultivate good study habits through trial and error. 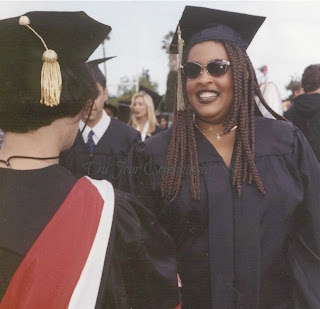 He gets that his study habits need to be sharpened because it’s game-on in high school. The two key years colleges will be examining are freshman and junior years. He knows it and he wants to do well.

Trends in education: Graduate degrees are the norm
That said, I am talking up grad school also because I see the employment trend toward MBAs and other fields demanding graduate degrees. Eventually, graduate degrees will be the norm for good paying jobs, the kind of jobs that make it possible to easily afford living in Silicon Valley.

What are you thankful for today?