31 Days of God-related attitude
I love singing. I sang in talent shows, children’s musicals and high school choir growing up. For some reason I can pick up melodies and harmonies after only one hearing.

When I joined a church choir I discovered I was a tenor. What’s amusing about singing tenor is I’m usually among less than a handful of ladies who also sing tenor. The guys always made us feel welcome regardless. I kinda liked hanging out with the guys. I digress.

Years later when I auditioned for an Easter production I learned I was a true first tenor. I can sing second tenor but I’m scraping the basement and it doesn’t sound very pretty.

When I sing Handel’s Hallelujah Chorus, I know I’m tiptoeing into second alto range and usually on the verge of falsetto. However, this morning as I was singing a devotional set I learned my voice doesn’t sound half as bad as I once thought.

When amplified by a microphone I can hear everything including a natural vibrato. I have auditioned for solos but never got one so I thought my voice sucked outside of my shower and car. Yes, I need more vocal training but at least I know I have something to work with.

My devotional set partner says I complement his baritone/bass voice very well and I have “perfect pitch.” That was the first time anyone ever said my voice sounded good. 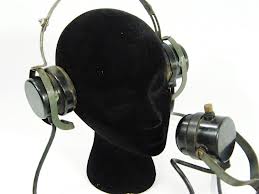 He said a number of other things but it has given me the confidence I needed to sing “Above all,” a David Crowder song with this killer chorus where in one breath I sing the word “Holy” in eight different notes. It sounded great and I could feel His presence all over it as we declared Jesus’ holiness and worth.

I am eternally thankful I can minister to my Savior through my voice that doesn’t sound like crap. I must remember: God doesn’t make junk.

What are you thankful for today?