World Prematurity Day is Nov. 17, 2012
This is the final installment of a four-part series on preemies, RSV and related complications. I hope you have enjoyed reading about my firsthand experience with my firstborn daughter who was born too soon.

Hydrocephalus
Tatiana has what is commonly known as “water on the brain” or hydrocephalus, caused by ventricular bleeding in the brain. This condition is not uncommon for preemies.

She was monitored by a neurologist who measured her brain’s size for several months before he finally decided to insert an adult length, ventricular-peritoneal shunt. Big words, I know.

The shunt drains fluid from her brain’s two ventricles to her stomach or peritoneal area. We were nervous because this was major brain surgery. We also weren’t getting along with the neurologist. He was very condescending so we were praying for someone else to get it done.

Nevertheless, one reason given for delaying this surgery was that she was too medically fragile. Funny, wasn’t she fragile when the performed the PDA ligation at only a few days old?

Cranial pressure was so significant her head took on a form we’d only seen in Hollywood movies for alien brains. Do a Google Images search for hydrocephalus and you’ll see what I’m talking about. We didn’t notice the odd shape or half moon eyes until years later. As her parents, it was not obvious to us how strange she looked.

There was so fluid buildup that it made her head heavy; thus, making it impossible for her to progress from crawling to walking. She didn’t take her first steps until she was 18 months old. Developmental delays would mark her throughout most of her life.

A surgery date was set. However, Tatiana was admitted so close to her surgery date they decided to move it up. They transported her by ambulance to University of California San Francisco medical center. She was assigned a different surgical neurologist, Dr. Phil Cogen, and we breathed a sigh of relief.

She was scheduled on a Friday but Dr. Cogen had an unexpected crisis during one of his surgeries that pushed his schedule into early evening. He decided rather than attempt such delicate surgery while he was dog tired, he would do her shunt insertion first thing in the morning after a good night’s rest.

We had heard about nightmare shunt correction surgeries. While waiting we met parents who were on their child’s 23rd shunt correction. You better believe we were grateful our surgeon postponed it one more day.

Once the shunt was inserted we were trained on what signs and symptoms to look for in case the shunt failed. Little things like projectile vomiting, irritability likely from severe headaches, sleeplessness, seizures, fontanelle bulging and more. When in doubt, we were instructed on how to flush the shunt. If that didn’t work and symptoms persisted, we were to get her to the hospital immediately.

Twenty years later my daughter has NEVER had shunt correction surgery. Yes, we’ve had a few scares and flushed the shunt a few times but no emergencies.

God was in the details. He was looking out for my daughter long before we knew to ask, long before we were saved. Jesus had a very special plan and purpose for this little light of mine. 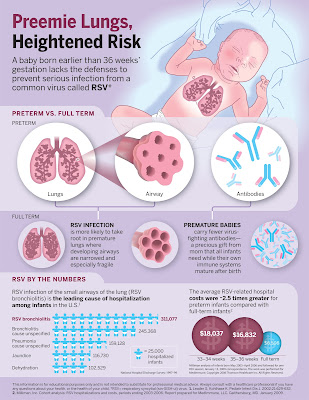 One hospital admit was particularly ugly. When Tatiana was about 18 months, she deteriorated so rapidly, she was at two liters per minute with her lips, fingertips and toes still turning blue as we arrived at the clinic. She had contracted RSV. It nearly killed her.

She was isolated from everyone else including the Pedi ICU for fear of spreading the virus to the most critical of patients. We were back to ICN precautions, i.e., scrubbing up and donning a yellow robe, except this time they made us wear a mask.

Eventually, I took mine off because she needed to see me smile and hear my voice clearly. She had lost too much weight and was so freakishly weak I was starting to think she would not survive.

Once again my husband stepped in with a faith I never quite understood. The way I saw it, he willed her to live. I borrowed his faith and we prayed expecting a miracle. All I could think about was how much we avoided her contracting this virus through blood transfusions only for her to get it anyway.

Below are some detailed facts about RSV.

Prematurity and RSV in the U.S. Hispanic Community

Respite care
We were introduced to a regional center that provided support to families with special needs children. At first we were given four hours a month. We quickly figured out that wasn’t even remotely enough time for us to recover from caring for our daughter.

We fought for and eventually got about 25 hours a month. Our primary respite care nurse would “bank” up our hours so that we could leave for an entire weekend. Once we got to our hotel, we closed the curtains and slept through most of the weekend.

Whenever we planned for a weekend away, it was almost as if Tatiana sensed we were leaving and she got sick. On one occasion, we were about to go to Monterey for the weekend and Tatiana’s health was clearly in a pattern that would result in hospitalization. We relieved the nurse and went to the hospital. She was admitted and we were devastated. We thought we would end up spending all weekend at the hospital.

Mercifully, the attending nurse and doctors encouraged us to leave anyway. We would do her and ourselves a world of good getting much needed rest away from our daughter. We called local relatives who were more than happy to step in and visit her while we were gone. The only time we stepped out of the hotel room was for Sunday morning brunch.

Planned parenthood
Given all the care required to sustain our firstborn, we were still planning on having another. Child number two would be a planned pregnancy this time. When Tatiana was age 6 we started talking about conceiving. The timing seemed right since I had finally earned my bachelors degree. We felt ready.

I started talking with my nurse practitioner about our plans and she advised me accordingly. The difference between this pregnancy and my first would be night and day.

We intentionally delayed a second child for numerous reasons. First and foremost was because we simply weren’t ready. We were still recovering from Tatiana who was getting much healthier. We wanted to give child number two as much attention as we gave Tatiana but not at her expense.

Equally important was the fact that Tatiana had learning delays and developmental disabilities. In order to preserve her self esteem, we wanted to ensure that no sibling would be able to catch up and pass her intellectually for a reasonable period of time.

So I stopped taking the pill and we had to start using a condom for three months so as to ensure my system was clear of anything that would inhibit pregnancy or defect the baby. I also started taking prenatal vitamins. 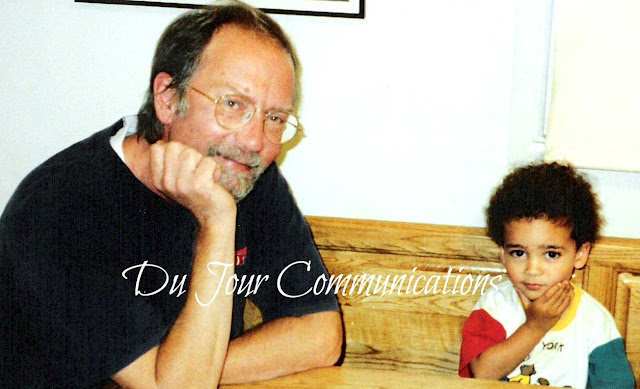 It seemed to take forever to conceive but when we did, we were thrilled. By this time we were flaming nubile Christians. We had surrendered conception to Him and looked forward to a new life in our well-established family.

I also wanted a boy. I wanted a boy the first time but God had a plan and it wasn’t mine. Max was born and we felt our family was nearly complete.

I wanted another but since my husband was battling cancer, he wanted to wait until he won the battle before trying again. He lost and died on my son’s seventh birthday.

Ahead of her time, a four-part series on my micro preemie
Part One,  Ready or not here she comes
Part Two,  The rough road to discharge
Part Three, Finally home: Let the nightmare begin
Part Four,  Water on the brain, RSV, happily ever after