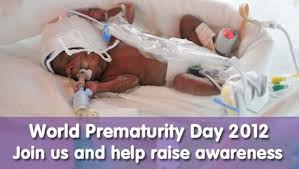 Home: Let the nightmare begin
This is part three of a four-part series on preemies, RSV and related complications. I hope you will join me as I recount my firsthand experience with my firstborn daughter.

Before Tatiana was discharged I already had returned to work. Obviously, we needed to find a babysitter. My sweet baby sister was willing and we gave her a try. However, she was out of her league. It was alot to ask of someone who had no children and zero experience caring for a baby, much less a preemie.

I called 4C Council of Santa Clara County for a list of babysitters in our area. I must have called at least 75+ providers, day care centers and nannies who all said they were too afraid to care for Tatiana. Daycare was becoming yet another nightmare.

I was quoted anywhere from $125 to $250 per week. Sitter candidates willing to meet us, upon seeing the nasal cannula and oxygen tank, said no almost immediately. No one wanted to take a chance for fear of legal liability.

We were denied the luxury of picking and choosing a daycare provider.

Desperation sets in
We couldn’t afford to lose my income. I was in tears with a coworker who had a close friend who specialized in caring for special needs kids like my daughter. Her home was juxtaposed perfectly between home and work. My girlfriend gave me her name and number.

I checked her name on my already exhausted list and she had tole me she was full. However, I told her our mutual friend recommended her and we’d thoroughly exhausted all possible leads for day care providers. We were desperate. I begged her to meet us and she agreed.

As it turned out she was in the middle of a divorce, would lose her spacious home and move shortly. Further, she only had one slot open but didn’t want to make it available unless there was an emergency. As it turned out we were the emergency she was waiting for.

When critical pieces of this complex puzzle started falling into place I recognized and believed firmly my daughter survived for a special purpose ordered of God. Being her mother took on a whole new meaning.

Nancy, our new sitter, watched Tatiana for the first three years of her life. I’m convinced she was absolutely pivotal in keeping her alive.

Typically newborn parents expect some sleep deprivation. Naturally our parental radar was way up and we heard everything right down to farts in her diaper. We endured nonstop coughing day and night. However, we simply couldn’t get up and give her a bottle and go back to bed.

Approximately every three hours we had to:

We were up for at least 45 minutes every three hours.

We made these treatments and feedings enjoyable bonding times by singing, reading a story or both. Most times she fell asleep.

Rather than consider how raw her throat must have felt, all my sleep-deprived brain could focus on was how tired of getting up I was, and how hard it was to fall asleep to a cacophony of coughs and wheezing.

We agreed we would take turns on night feedings. Even though we had this arrangement, we struggled. Working full-time was becoming a nightmare. I gave my employer what was left. Tatiana got the rest.

There was nothing left for me or my husband. We had to see a marriage counselor for a short time because the adjustment was killing us and our marriage. We were, after all, newlyweds. What a way to start a marriage. Yikes!

For Tatiana the struggle was simply breathing. It was exhausting for her. She expended so many calories breathing that she required a very high-calorie diet.

The Cadillac
It took us at least 45 minutes to leave the house if we wanted to go anywhere with Tatiana. We quickly figured out that in order to step outside the front door we had to cart a ton of equipment. 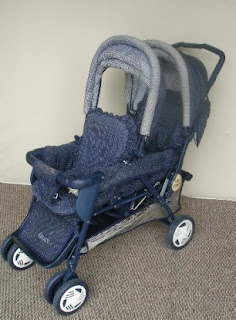 In addition to the standard baby bag, we had to pack meds, the pulmo-aide treatment machine complete with tubes, filters, face masks, nebulizers, and more.

The beloved portable oxygen tank had to be filled and who could forget the sleep apnea monitor. The only item we could find that was perfect for the task was a Graco Duo stroller normally used for twins. Both seats folded down so both kids could sleep.

We folded down the back seat and filled the undercarriage with most of her equipment. Tatiana sat in the front seat. The only thing missing was a bumpin’ sound system, some hydraulics, me in my Mary Janes and my husband with a Fu Man Chu mustache.

Preemie life reality
As it turned out Tatiana spent at least nine months of her first year of life in the hospital. Within three weeks of discharge we were in the night clinic with Tatiana who was in respiratory distress. On doctors’ orders we gave her breathing treatments every 90-minutes to two hours with instructions to check back if she was getting worse.

We were in panic mode as we increased her oxygen flow and breathing treatment frequency. First up to half a liter per minute, then a liter then 1.5 liters. We brought her back to the hospital. This would be an all too familiar pattern over the next year to 18 months.

She had chronic ear infections. Furthermore, the mucus buildup in her sinus passages was monumental. Every time she got admitted, it was the same regimen: Amoxicillin and suction of her nasal passages. 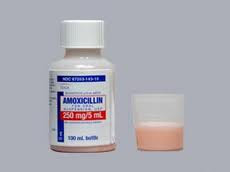 Whenever we suspected her health was deteriorating, we made an immediate evaluation by 6 p.m. We soon figured out that if Tatiana was not responding to increased oxygen flow and breathing treatment frequency by 8 p.m., we had to get to the hospital before the clinic closed at 9 p.m. In other words, finish dinner and leave.

We were getting so good at evaluating Tatiana’s condition and were there so frequently that we knew all of the seventh floor pediatric doctors and nurses on a first name basis. We knew our way around the floor, the hospital and how to get things done.

After the first year, we begged for and got unlimited Amoxicillin refills and a suction machine for us at home. It instantly reduced the frequency of hospital visits.

My husband didn’t like sticking the catheter down her nose. I didn’t like it much either but I was better at it. Ironically, he was better at starting her feeding tube while I sucked at it. Oh the skills we developed.

Some of the pediatrician’s bosses didn’t agree with prescribing unlimited Amoxicillin refills but they weren’t seeing the big picture. Tatiana was being admitted less frequently saving the HMO thousands of dollars and our whole family was spared tons of misery.

Perfecting my role as primary advocate
One time we missed the threshold for a clinic visit and wound up in the ER. By this time she was already at one liter  of oxygen flow per minute. We called ahead and alerted seventh floor staff we would be coming and she would likely need to be admitted.

By this time the seventh floor staff knew us also and trusted our judgment. However, we ran into Nurse Ratched, queen of HMO ER triage.

She didn’t know us from Adam. We explained our unique situation and gave her the name of the Pediatrician on duty who was expecting us. Predictably, she blew us off and made us wait.

We didn’t mind the wait because we knew it was a matter of time before someone would come for her. We knew it would be a short wait because all she had to do was call the seventh floor.

After 90 minutes I’d had enough. I immediately went into bitch mode. Like Tina Fey says, “Bitches get stuff done.”

I called from a hospital phone before I confronted that nurse only to find out seventh floor staff didn’t even know we were there. As it turned out she never called the seventh floor and now I knew definitively. She messed with the wrong mom.

Given that ammo, I was not nice and I was loud. I let that triage nurse have it with both barrels. I threatened to call every TV and Radio news station in the San Francisco Bay Area and tell them this particular ER shift was so negligent that my daughter suffered and nearly died waiting to be seen. I would tell them that all she had to do was take 15 seconds to make a phone call and let them know we were there and she failed to do so.

Tatiana was immediately hooked into the hospital oxygen flow. We were escorted to the seventh floor within 15 minutes.

I learned a very valuable lesson. My job title was advocate general for my daughter. I didn’t care whose toes I had to step on. My daughter was not about to become a casualty of neglect or malpractice, not if I could help it.

In fact, I got so good at it my husband usually let me do the ugly stuff knowing I would get the desired result. He was good cop. I was bad cop. We were in synch and worked very well together.

My daughter would spend her first Christmas and New Year’s on the seventh floor pediatric unit. It was a very difficult holiday season for us. The last place we wanted to be was in the hospital.

Ahead of her time, a four-part series on my micro preemie
Part One,  Ready or not here she comes
Part Two  The rough road to discharge
Part Three, Finally home: Let the nightmare begin
Part Four,  Water on the brain, RSV, happily ever after